Guest Skeptic: Missy Carter is a PA practicing in emergency medicine in the Seattle area and an adjunct faculty member with the Tacoma Community College paramedic program. Missy is also now the director for Difficult Airway EMS course in Washington State

Case: An EMS crew arrives to your emergency department (ED) with a 58-year-old female who suffered a witnessed ventricular fibrillation (VF) out-of-hospital cardiac arrest (OHCA). They performed high-quality CPR and shocked the patient twice before giving amiodarone via intraosseous (IO). After giving hand off the medic tells you she had difficulty finding intravenous (IV) access and went straight to an IO. She wonders if she should have spent more time on scene trying to get the IV versus the tibial IO she has in place.

Background: We have covered OHCA multiple times on the SGEM. This has included the classic paper from Legend of EM Dr. Ian Stiell on BLS vs. ACLS (SGEM#64), the use of mechanical CPR (SGEM#136), and pre-hospital hypothermia (SGEM#183). 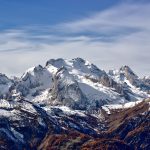 The issue of amiodarone vs lidocaine has also been covered on SGEM#162. This was the ALPS randomized control trial published in NEJM 2016. The bottom line from that SGEM critical appraisal was that neither amiodarone or lidocaine were likely to provide a clinically important benefit in adult OHCA patients with refractory VF or pulseless ventricular tachycardia.

We did do an episode on IO vs IV access for OHCA (SGEM#231). This was a critical appraisal of an observational study published in Annals of EM (Kawano et al 2018). The key result was that significantly fewer patients had a favorable neurologic outcome in the IO group compared to the IV group. However, we must be careful not to over-interpret observational data. There could have been unmeasured confounders that explained the difference between the two groups.

In recent years there has been an effort to lower the cognitive load in the pre-hospital setting and focus resources on the interventions that positively effect patient outcomes. There has been a trend to place supraglottic devices over intubation with some evidence to support this move (SGEM#247).  Another trend is to use IO access over IV access to free up pre-hospital providers to focus on more meaningful interventions.

CLINICAL QUESTION: DOES IT MATTER IF YOU GIVE ANTIARRHYTHMIC MEDICATIONS VIA IV OR IO ROUTE IN OHCA?

Authors’ Conclusions: We found no significant effect modification by drug administration route for amiodarone or lidocaine in comparison with placebo during out-of-hospital cardiac arrest. However, point estimates for the effects of both drugs in comparison with placebo were significantly greater for the intravenous than for the intraosseous route across virtually all outcomes and beneficial only for the intravenous route. Given that the study was underpowered to statistically assess interactions, these findings signal the potential importance of the drug administration route during resuscitation that merits further investigation.

Results: In the ALPS publication, there were 37,889 patients with non-traumatic out-of-hospital cardiac arrest of which 7,051 (18.6%) had shock-refractory ventricular fibrillation or pulseless ventricular tachycardia. The intention to treat (ITT) population was 4,653 and the per-protocol (PP) population was 3,026.

This was a pre-specified subgroup analysis of the 3,019 PP population. IV route was used 78% of the time and the IO route was used 22% of the time. The mean age of participates was 63 years, 80% were male, less than a 1/3 occurred in a public location, 60% had bystander-initiated CPR and a time to first arrival of EMS of 6 minutes.

There were differences in sex, time-to-emergency medical services arrival, and some cardiopulmonary resuscitation characteristics between those in the IO cohort vs. the IV cohort but were similar in other aspects.

KEY RESULT: THERE WAS NO SIGNIFICANT EFFECT MODIFICATION BY DRUG ADMINISTRATION ROUTE (IV OR IO) FOR AMIODARONE OR LIDOCAINE IN COMPARISON WITH PLACEBO DURING ADULT OHCA.

1) Observational Study: This is a subgroup analysis of the ALPS trial which makes it an observational study. The authors properly prespecified their subgroup and reported their data as unadjusted and adjusted which decrease the chance of finding spurious outcomes. However, prespecifying subgroups and adjusting the data cannot overcome the lack of randomizations. We can only conclude associations from this study and not attribute causation to any of the findings.

3) Pharmacologic Characteristics: The authors posit that some differences between lidocaine and the more lipophilic amiodarone might decrease the efficacy of IO vs IV administration.While interesting, we should remember that it is easy to fool ourselves with these types of explanations. The body is very complicated and there is much we do not understand. Such a claim would need to be demonstrated with evidence.

4) Per-Protocol Analysis: The more conservative method of analyzing a superiority trial would have been to do an ITT analysis. Doing a PP analysis can increase the point estimate of effect size. Even with this bias the PP analysis did not demonstrate a statistical difference in primary outcome for the APLS trial. The ITT analysis for the ALPS trial can be found in their supplemental material. It reported no significant differences between the trial groups in the primary or the secondary outcomes. Unfortunately, they did not provide the data broken down by IV vs IO.

5) Site of the IO: In the study, 78% of the participants received an IV while 22% had an IO placed. The IO was predominantly tibial which may have biased the results. The authors hypothesize that a more proximal route (humeral or sternal) may have made a difference. We think this is unlikely given that there is no high-quality evidence that any ACLS drug for adult OHCA has been shown to make a patient-oriented benefit.

Comment on Authors’ Conclusion Compared to SGEM Conclusion: We agree that there is no statistical difference in IV or IO administration of antiarrhythmic medications compared to placebo. A subgroup showed there may (or may not) be a benefit to giving amiodarone IV but that would need to be confirmed.

SGEM BOTTOM LINE: WE SUGGEST FOCUSING ON THE TREATMENTS THAT HAVE DEMONSTRATED TO PROVIDE A PATIENT-ORIENTED BENEFIT (HIGH-QUALITY CPR AND DEFIBRILLATION) IN ADULT OHCA RATHER THAN THOSE TREATMENTS THAT DO NOT HAVE HIGH-QUALITY EVIDENCE TO SUPPORT THEIR USE (TYPE OF AIRWAY, VASCULAR ACCESS, VASOPRESSORS, OR ANTIARRHYTHMIC DRUGS).

Case Resolution: You tell the paramedic that she was right to focus on high-quality CPR and defibrillation and you give an extra kudos for placing a supraglottic device on scene. When it comes to IV versus IO it is reasonable to place an IO if IV access is not practical. At this time the evidence to support IV over IO is weak and EMS providers should continue to focus on the interventions that matter most. 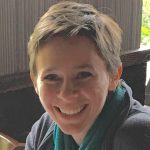 Clinical Application: We should continue to decrease cognitive load when possible. Given the complexity of OHCA is it reasonable to give ACLS medications through the IV or IO route knowing it is unlikely that the drugs or route of administration will make a clinical difference. It is fine to use the IO route first if the IV route is not easily obtained.

What Do I Tell My Patient? We would tell her family members that she had a cardiac arrest. CPR was done and shocks were given to her heart. She also received some IV medications. Her heart is beating now, and she is in good hands with the hospital critical care team.

Listen to the podcast this week to hear the trivia question. Email your answer to [email protected] with “keener” in the subject line. The first correct answer will receive a cool skeptical prize.