PODCAST: SEPSIS – YOU WERE ALWAYS ON MY MIND

Case: A 60-year-old man presents to the emergency department with a non-productive cough and increasing shortness of breath.  He has a history of chronic obstructive pulmonary disease (COPD), hypertension (HTN), congestive heart failure (CHF), and benign prostatic hypertrophy (BPH).  He’s afebrile.  He has a heart rate of 93 beats per minute, a blood pressure of 145/90 mm Hg, respiratory rate of 24 breaths per minute, and an oxygen saturation of 92% on room air.

Initial labs come back with a slightly decreased platelet count (149) and a minimally elevated creatinine (1.21 mg/dl or 107 umol/L).  He triggers a sepsis alert, and you get a pop-up suggesting IV antibiotics and 30cc/kg of IV fluids.  So, you ask yourself, is this guy really septic and should we bypass those fluids?

Background: We have covered sepsis many times on the SGEM since 2012.  This has included the three large RCTs published in 2014-15 comparing early goal-directed therapy (EGDT) to usual care. All three showed no statistical difference between the two treatments for their primary outcome (SGEM#69, SGEM#92 and SGEM#113). 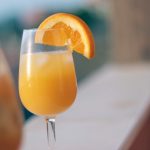 There was also SGEM#174 which said don’t believe the hype around a Vitamin C Cocktail that was being promoted as a cure for sepsis and SGEM#207 which showed prehospital administration of IV antibiotics did improve time to get them in patients with suspected sepsis, but did not improve all-cause mortality.

The SGEM was part of a group of clinicians who were concerned about the updated 2018 Surviving Sepsis Campaign (SSC) guidelines. Specifically, the fluid, antibiotics, and pressor requirements within the first hour of being triaged in the emergency department.

Despite the lack of high-quality evidence to support these sepsis bundles, many hospitals incorporated them into their electronic medical record (EMR).  They created these sepsis alerts with the intention of identifying septic patients, so they can be treated accordingly.  Most physicians agree that antibiotics should be given early in septic patients.  However, the jury is still out for other interventions with potential for harm, particularly, the infusion of 30cc/kg of IV fluids. 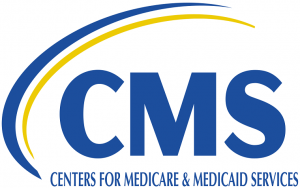 Worldwide sepsis contributes to the death of 5.3 million hospitalized people annually.  It is the leading cause of death in the intensive care unit (ICU) in the US and the most expensive diagnosis.  Since 2015, the Centers for Medicare & Medicaid Services (CMS) have indexed the quality of hospital care for sepsis to the SEP-1 core measure.  Interventions, particularly early antibiotics, have been associated with improved mortality.

Diagnosing sepsis can be challenging.  To adequately capture patients, specificity has been sacrificed for better sensitivity.  We care more about catching all the true positives and worry less if a few true negatives get mixed up in there.  Using vital signs and lab abnormalities certainly captures more patients, but it also identifies those without an infection.  Patients with cirrhosis, toxicities, those on dialysis.  It is possible that some of these patients can be at risk for harm from one of these interventions.

CLINICAL QUESTION: WHAT PROPORTIONS OF PATIENTS MEETING SEPSIS CRITERIA WERE ACTUALLY DIAGNOSED WITH SEPSIS, AND HOW MANY NON-SEPTIC PATIENTS HAD RISK FACTORS FOR HARM FROM AGGRESSIVE FLUID RESUSCITATION?

Authors’ Conclusions: “Most patients meeting sepsis criteria in the ED were not diagnosed with sepsis at discharge.  This may result in many patients receiving sepsis treatment bundles that has the potential for harm.”

Results: They identified 4,060 patients who received IV antibiotics and had a SOFA ≥ 2. There were 935 patients excluded because of a primary trauma diagnosis and four with missing ICD-9 codes. There were 3,121 patients meeting Sepsis-3 criteria and 1,032 meeting Sepsis-3 plus shock criteria. The mean age was 60 years and 37% were female.

KEY RESULTS: MOST PATIENTS MEETING SEPSIS CRITERIA WERE NOT DIAGNOSED WITH SEPSIS AT DISCHARGE.