Catch up on the latest developments in COVID-19:

Inhaled interferon beta-1: Nebulized interferon beta-1a is associated with higher odds of clinical improvement from COVID-19, according to a phase 2, industry-funded study in The Lancet Respiratory Medicine. Roughly 100 adults admitted to the hospital with confirmed COVID-19 were randomized to either daily inhaled interferon beta-1a via nebulizer or placebo for 14 days. At days 15–16, the odds of clinical improvement on an ordinal scale were twice as high in the interferon group. At day 28, they were three times greater. The treatment group had a 79% lower risk for developing severe disease or dying. Treatment had no effect on time to discharge. Commentators conclude: “Despite the large number of clinical trials underway for the treatment of COVID-19, few antiviral drugs against SARS-CoV-2 have been identified. The findings of the present study are promising in this regard. They should be promptly evaluated in large randomised clinical trials, including academically led trials.”

Moderna vaccine update: Moderna says that enough COVID-19 cases have occurred in the phase 3 trial of its candidate mRNA-1273 vaccine to trigger the interim efficacy analysis. Roughly 30,000 people have been enrolled in the trial. With the rise in cases nationwide, the company expects to have “substantially more” than the 53 cases required for the analysis.

Military and COVID-19: Two studies in the New England Journal of Medicine examine COVID-19 in the military. In the first, roughly 1800 Marine recruits completed a 2-week quarantine at home, followed by a 2-week supervised quarantine at a closed college campus with COVID-19 mitigation measures in place. Within 2 days of arriving on campus, 16 tested positive. By day 14, another 35 had tested positive during scheduled qPCR tests. Of these 51 cases, 10% reported having symptoms. No cases were identified as a result of testing prompted by symptom screening. Double-occupancy rooming and being in the same platoon appeared to be risk factors. An editorialist writes: “The occurrence of late infections during the supervised quarantine shows that this quarantine should most likely have been longer than 2 weeks. An extended quarantine may prevent further transmission once recruits enter a prolonged training period on base, where physical distancing is far more difficult to reconcile with the need to train combat infantry.” The second study provides more details on the COVID-19 outbreak aboard the aircraft carrier, the U.S.S. Theodore Roosevelt. A quarter of the crew was infected, and nearly half never developed symptoms. Since the outbreak, the Navy has restricted shore leave at foreign ports and implemented other mitigation measures.

Pediatric mental health: The mean number of weekly emergency department visits for mental health reasons among children and adolescents declined during mid-March to early May, coinciding with school closures and other community mitigation efforts. However, the proportion of ED visits that were related to mental health increased significantly after the pandemic began, according to an MMWR study. The proportion of mental health ED visits for those aged 5 to 11 was 24% higher from mid-March to mid-October 2020 relative to the same period in 2019. For those aged 12 to 17 years, it was 31% higher. The authors say that the results “might reflect increased pandemic-related stress and unintended consequences of mitigation measures,” but they also might be related to a large decrease in other reasons for visiting the ED, such as musculoskeletal injuries or otitis media.

Masks protect wearers: The CDC has updated its guidance online to note that wearing a mask not only protects others, but also the user. Previously, the agency’s guidance focused on limiting potential viral spread to others. They now write: “The prevention benefit of masking is derived from the combination of source control and personal protection for the mask wearer. The relationship between source control and personal protection is likely complementary and possibly synergistic, so that individual benefit increases with increasing community mask use.” 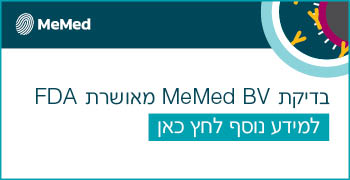